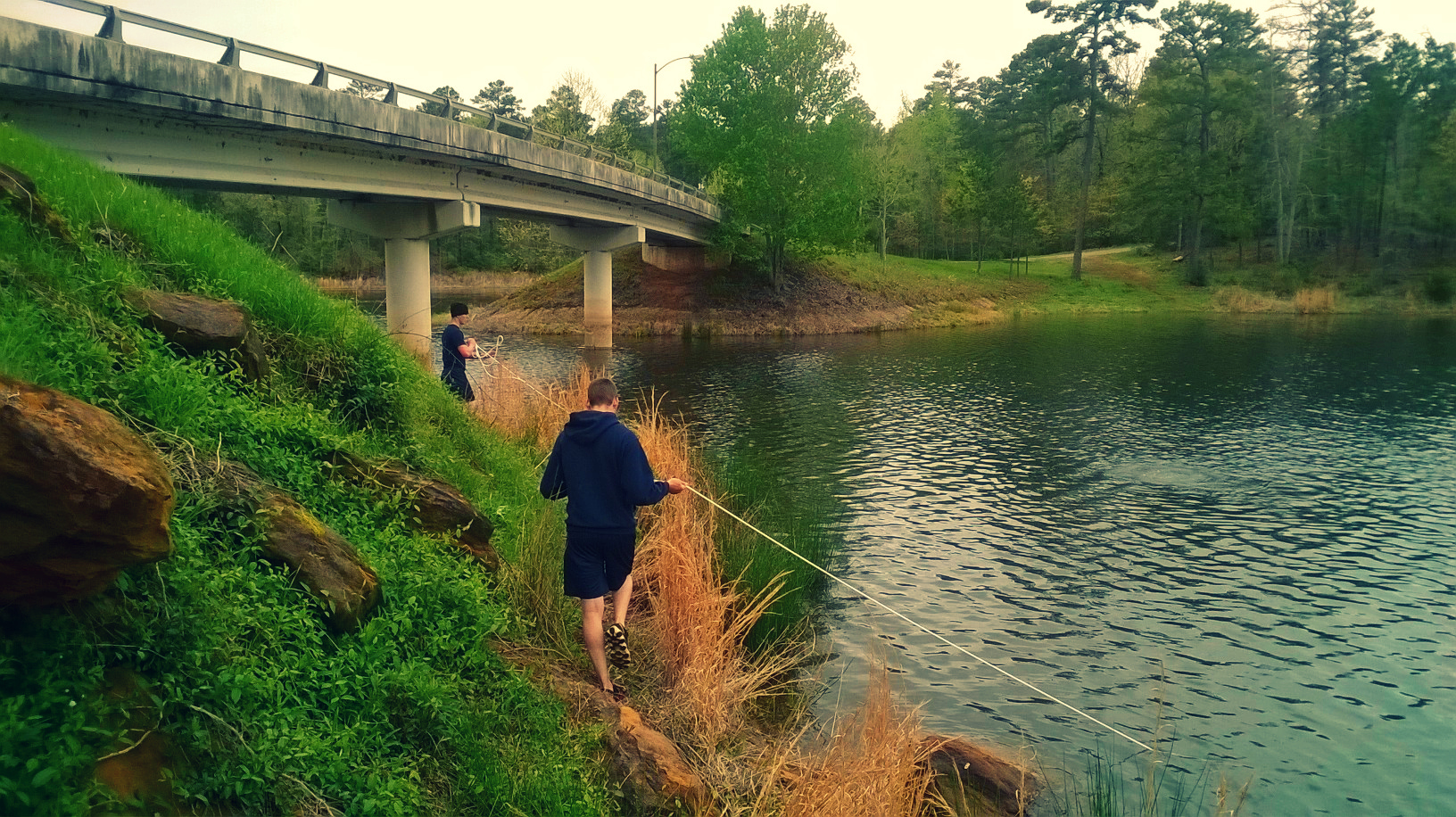 This post goes out to the dedicated and hard working men of ALERT’s Unit 51.

I have been on the road for most of April in the great state of Texas, teaching at the International ALERT Academy.

This is one of the twice-a-year moments that I get to teach there, and it is hands down my favorite group to teach.

We cover a LOT in a very short amount of time! In just 14 days, these young men are taken from not being very confident in the water to open water, advanced open water, and then through the special response diving course. Like I said, a LOT!

There are a few reasons why I enjoy this.

These are only a few of the many reasons I enjoy working with ALERT men. I’m also an Alumni of the Academy, so there’s that…

There is one thing that stands out the most, however, among these young men. It’s their desire to go out and do. They have a fire lit inside to take the skills that they learn and go and serve their communities and public safety departments. And that’s exactly what we need. We need the next generation of public safety divers to get excited to take on the job that is there.

An interesting shift is going on in the public safety diving world right now. It’s the shift from the experienced old salts to the young bucks. Those that have been in the world of Underwater Search & Recovery and have been successful in their craft are either moving up their respective ladders, or they are retiring. The massive amounts of knowledge and wisdom that comes only from experience also leaves with them. This is leaving a learning gap in many departments. The old is out and the new is lost and left to find help and training on their own; which often means poor training.

But it’s this fresh batch, the newbies, the rookies, the ones with that drive to get it done, that make my job a joy to do. I look forward to the future of these ALERT men and the impact they will have on their communities. Keep up the good work guys!

If you want to find out more about ALERT click HERE! 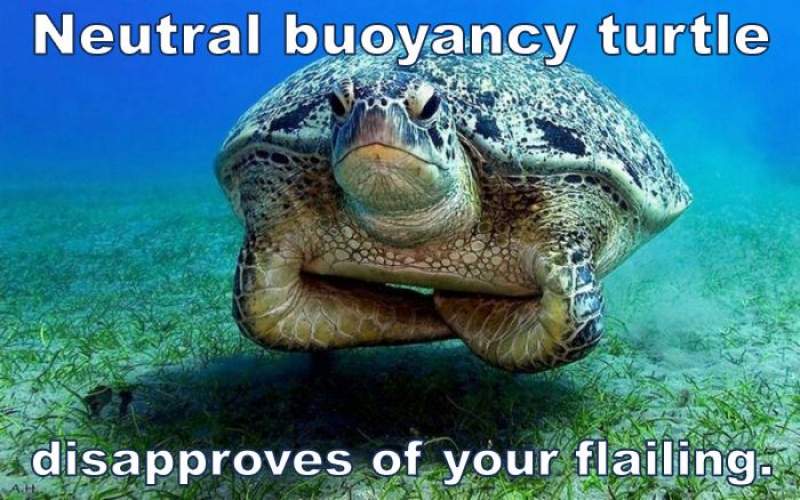 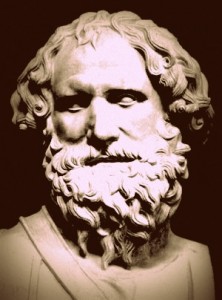 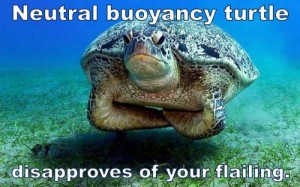 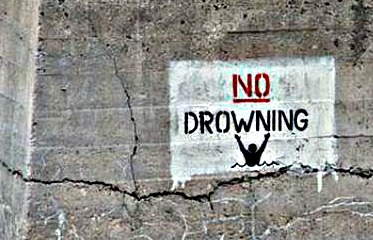 Last time I checked, you can not inhale water. Actually you can; but in doing so there have been reported many health risks. One of those risks is death. I’m not joking. People actually die from drowning! And you know what’s even more amazing? Public Safety Divers still do it! Even understanding there is a risk of dying, they still try to inhale that H2O. Why?!

Apparently no one told them that it’s no bueno. (Free Spanish lesson. You’re welcome.) If someone had, then maybe they might have been more careful. They might have had a different outcome. But where can one learn this kind of wisdom? Where can you go to understand what not to do?

It’s really not a question of where you can go, but who you can go to. The who you learn from is more important than where you learn. There are a lot of places you can go and learn advanced/specialty diving. Almost every sport diving agency has some kind of Search & Recovery certification. And if you are an advanced open water instructor with your agency, you’re all good to teach it. But has that instructor ever actually done it? Have they been down and located what was missing and brought it back? I’m not talking about a weight belt that fell off the boat in the ocean; I’m talking about zero visibility water looking for a gun that’s been pulled apart and tossed in piece by piece with every news station for 50 miles watching your every move. How would that instructor perform then?

Sadly this is happening. Police and fire departments across the country are finding and hiring sport diving instructors to train their people in something the instructor has no experience in, or business teaching. They are learning in clear water and comfortable conditions. If it’s raining they go home. Somehow this seems acceptable. Amazing.

Let me ask you a question. Why would you train anywhere other than where you would be performing the job? Pools are really nice; in fact I was in a pool last night. But I was teaching open water newbies, NOT people that need to be bringing their A-game at the worst times in the worst conditions! We need to get away from this mentality of trusting an instructor because they have a card that says they can teach a class. Take the time to interview someone who is going to train your department. Ask them what their experience is. I don’t care how many people you have taught, I want to know how long you have been doing recoveries and what kind of cases you have worked on. Tell me stories and some of your mistakes you have made.

So to sum this whole thing up in two words…be annoying. Ask questions, do your research, and don’t condemn you and your team to failing before the class even starts. Write down what you want to accomplish, and every question you can think of before you interview a potential instructor. Then get at it! 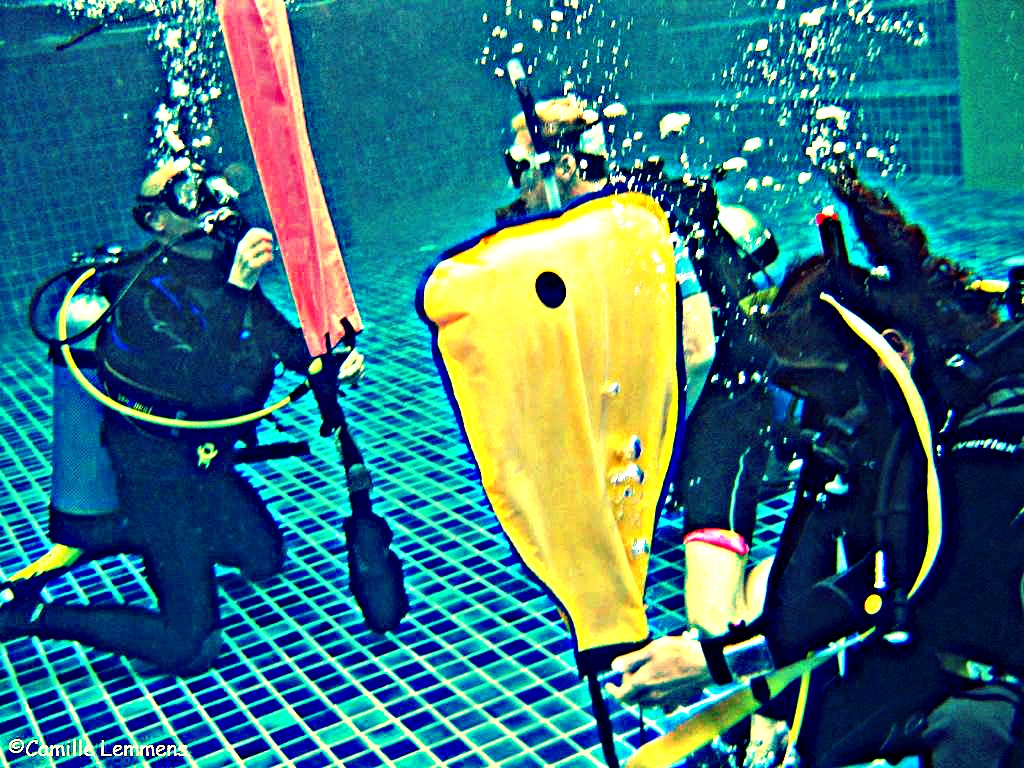 The other day I was talking with a police diver and his team, who had come to Miami to train with another department. The team was from Louisiana and most of their missions are around lake Pontchartrain. The team leader was commenting on how happy he was to be able to get his guys down here to train where there was visibility.

I would like to make 2 observations on this matter.

#1 – After the team leader made this comment, he continued in saying that all they have to train in back home, is dirty water that you can’t see anything in. I was thinking GREAT! That’s exactly what you should be training in, because that’s real world Public Safety Diving!

Now I do understand that you need to be able to see to learn certain skills. Skills like using lift bags. Learn in a controlled environment so you have that muscle memory when you really can’t see. I get it.

But is it necessary to travel 20 hours to find those locations? Absolutely not. Many divers think that going

back to the swimming pool is for newbies. For those open water wanna-be’s who are not yet worthy for real diving in that big dangerous ocean. Well their wrong. You might be able to find great, deep, pools at your local collage. Look for ones with a diving team. They usually have a diving well that’s 16 feet deep; more than suitable for learning the basics of lift bags. And while your there, work on some other skills that will push your ability’s as well as your teams. It’s not about the pool, but what you do in it.

#2 –  What is visibility? The National Academy of Police Diving describes visibility like this:

Using the above terms, what kind of diving does your department have to deal with? If you have to learn in a pool first that’s fine; but nothing can replace the confidence and skill that comes from performing in the real thing.

I would love to hear what you think on this and any stories you might have from training, so leave a comment!