I’m sorry. I thought you said it’s a… 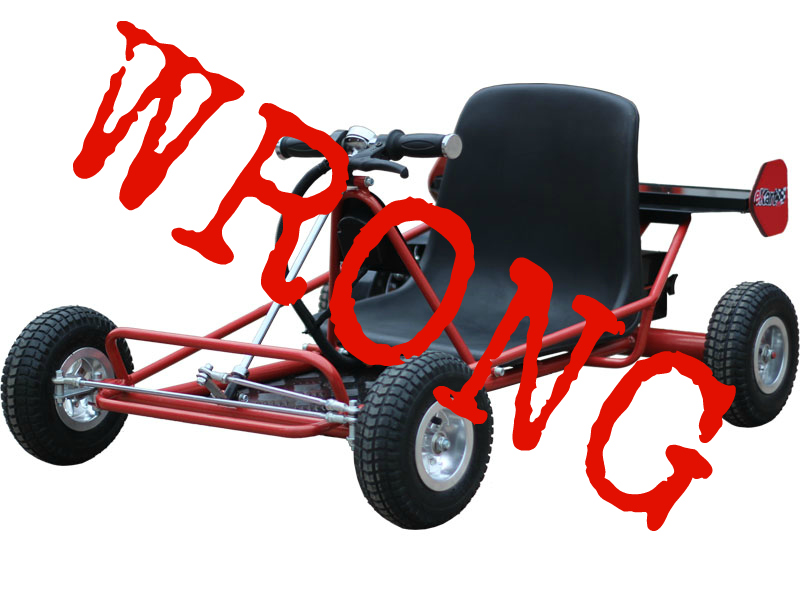 As you probably know from earlier posts like: That water is deep…almost as deep as those misconceptions; that I find a lot of entertainment in what I do. A certain January evening was no exception.

I was out with some SRD divers who were training with me down here in Miami, at a canal that we frequently find cars in. It was late afternoon and the searching was coming to an end for the day. I checked in with the last team at the end of the canal and asked what they had discovered in their search area.

The team had been doing a parallel search, so there had only been one diver in the water. The diver then proceeded to tell me about all the random garbage and nick-knacks he found on the bottom. He got to the end of his list of findings when he hesitated for a moment and then said, trying to sound confident, “I also found a Jet-ski…………with wheels.”

Now I have learned that when someone tries to explain something that is out of the norm to others who have never seen it; those that have never seen said item, become instant experts on it. It’s basically a sport. People start forming teams by recruiting others to their view. Wild ideas are now simple logic, and suddenly the only person who has actually come in contact with the object of interest, is the only person who is wrong.

So pretty much with the divers comment, this was shaping up to be a big enough event that ESPN2 should probably send out a van and crew to cover it.

“I’m sorry. I thought you said it’s a Jet-ski with wheels.” I said this thinking he was just making up something for all of us to have a good laugh at. After all, that’s my kind of humor. “Um, yeah…it’s a Jet-ski…with wheels.”

I have a rule with my company. There is to be no shouting at the surface between divers and surface support while on an operation. Even if you’re at the other side of the lake, you handle all your discussions close enough to whisper if need be. It’s just plain professional. There is no need to be yelling all over the place, especially if you’re dealing with a sensitive situation like a body recovery.

So this being the rule, I called the diver to the waters edge and asked again what he had found.

The audience at the time was myself, the Lieutenant from the auto theft division, and an special agent from an insurance firm. So, in the interest of not having the diver embarrass himself, I called him over close and asked what it was he saw. He repeated his answer doing his best to sound like he wasn’t second guessing himself. “I’m not crazy Jordan. It’s a jet-ski with wheels.” I told him to go down again and confirm his claim.

Now while he was down, another unit pulled up and two officers joined the discussion of the mystery vehicle. Some said it was on it’s trailer. Others said it was probably a go-cart. The Lt. said it was a Quad (Four wheeler) because they would come out in that area and ride around. I was the team captain for the “On a trailer” team.

After about 5 minutes, the diver surfaced and came over to an eager group of experts just waiting for their moment to tell all the non-believers, I TOLD YOU SO!

Unfortunately the story was the same, and the diver was more confidant now. He explained how he had investigated the USO (unidentified sunken object) and described again in more detail about how it was a Jet-ski with wheels.

Ok, I’m sure there is a simple explanation for this. Like that it’s on it’s trailer and it has two wheels and a tongue and straps tying it down (Go team Trailer!).

So with my new found assurance that I was right, and with the encouragement of my newly drafted teammates, I told the diver to go down once more and look for the trailer. I then gave him a quick lesson on how to tell if it’s a trailer underwater and off he went.

Now the above water scene is down right hilarious. We have the original characters, plus those 2 officers, plus another 3 officers. Also the tow truck is on it’s way. Unnecessary you say? Well we can’t just leave all those people in suspense!

So once more the diver surfaces, spit’s out his regulator, and just starts smiling! “I knew it! I was right! It’s on it’s trailer.” I said to the Lt. as I nudged him with my elbow.

Ok, this guy is on his own now!!! No more trying to bail him out of embarrassment! He will just have to learn his lesson the hard way! Some diver he’ll turn out to be. Can’t even identify a trailer underwater!!!

The tow truck showed up. Bet’s were placed and battle lines were drawn. The moment of truth had arrived.

And here it comes…

It’s on it’s trailer I tell you…

I know the picture is as blurry as one of Sasquatch, but it’s real. That right there my friends is why I love my job! You just never know what you might find!

Apparently, the engineer who created this beauty, had taken out the motor and everything else inside, and installed something similar to a go-cart frame. There was no seat and no engine, but I bet that thing rolled down hill like a champ!

This has gone down in my memory books as one of my favorite recoveries. It’s also the favorite of all those “experts” that were on scene as well. It’s times like these that remind us that we only know what we know. And I know now, there was no trailer. Maybe next time team. Maybe next time.