The Importance Of Uniformity 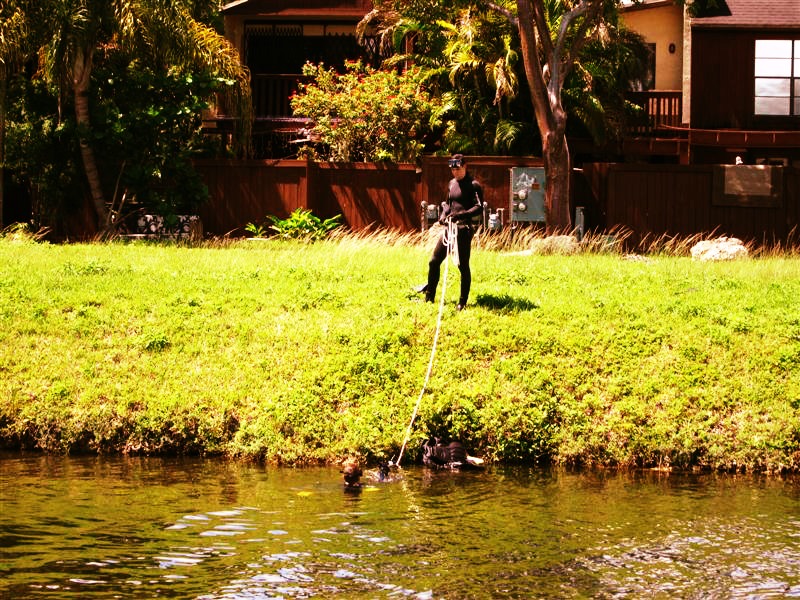 In my world there is nothing worst than looking like an incompetent newbie. Anyone who has been in the Public Safety Diving business for any amount of time, knows what I’m talking about. Showing up to a callout and suddenly everyone on the team looks like it’s their first time suiting up. It looks bad and is embarrassing.  Not what you want, especially when the media or other agencies are around.

So why does this happen? Mainly because dive teams don’t take uniformity to an all encompassing level. The only thing that should be uniform is our training and t-shirts, right? Wrong. Every detail of your team and it’s equipment needs to be the same.

This is something my team takes seriously. We have everything the same right down to the compass and

where it’s kept on the BC. Each item was picked because of it’s functionality and ease of use. In the real world things go wrong. Regs free flow and BC’s auto inflate, and It’s really nice to be able to grab another guys setup and go! You should not have to think about where their light is or how his BC works. You have a job to do.

The only thing I allow my guys to have of their own is a wetsuit, mask, and fins. Even then, we train in the other guys fins just in case.

When doing search patterns it is also good to be uniform in how you do them. Hold the line the same way. If your tending, you should all stand the same way. In doing this there is no question in what is going on with the other team members. You can also step in for someone and not lose the momentum of your operation.

I’m going to drop a truth bomb on you. If you don’t know your team, and I mean really know them. You will not function as a team. Profound I know. This sounds like a no-brainer  but is often overlooked within Police and Fire Departments. They have guys who are “on the dive team” but are regular patrol and only get called if they are really needed. Do they even know who they are diving with? Who is that guy up there tending me?

So take a moment and ask yourself what you and your team can improve on. What can you make more streamlined?

People say that all publicity is good publicity. Being the incompetent newbie on the five o’clock is not what they mean…trust me.