There are 2 kinds of divers in the world… 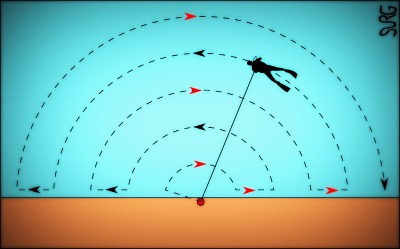 As a full time police diver for over twenty five years I have had the blessing and the curse of observing in-service training and its effect on the dive resource capability of various agencies. The purpose of in-service training is to hone the knowledge, skills and abilities (attitudes) of the diving resource so as to maintain a level playing field among the various diving personnel. The other side of the coin is simply training for the sake of training. This being said, what is the circumstance when your team meets for in-service training?  Since most of you reading this are in some way involved in underwater search & recovery or rescue I will leave you to decide the type of training the team in this story practiced. 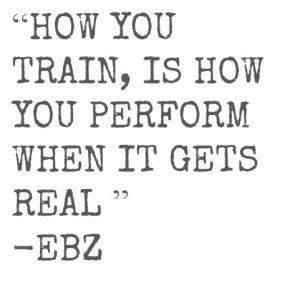 One evening my partner and I were dispatched to a possible drowning in the south end of the county. Upon arrival the fire rescue divers were just exiting the water after searching for over forty-five minutes. Their on-scene commander had determined it was no longer a rescue, but is now a recovery for the police divers.

Since the first order of business was to gather information and determine the last scene point (also referred as a datum), and never having worked this rock pit before, I asked two of the eight divers about the depth and bottom condition. They both stated that the depth was over 60 feet with zero visibility.

With the sun setting and having talked to the one witness who claims to have watched the victim go under, my partner and I swam out to the last seen point with an anchor, down line, float and a search line. Because of the reported depth the down line was over sixty feet long, although when the anchor hit bottom I still had over forty feet of line in my hands. 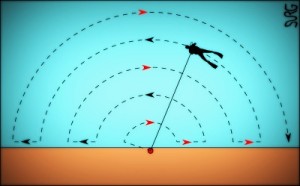 After securing the excess line to the float we descended to twenty feet and landed next to a Ford van sitting on its wheels. Being over two hundred feet from shore in twenty feet of water on its wheels this van was an enigma to be solved later. Being able to see the whole van in this twilight the visibility was established as fifteen feet horizontal. Using the van as our base I tended my partner as he conducted an arc search starting out ten feet and arcing 180 degrees on each pass with ten feet increments each time. On the second pass my partner signaled that he had located the victim and secured the line around the victim’s chest.

The search that we conducted lasted less than five minutes.

What did we do differently than the eight divers who searched for over forty five minutes?

When I told the last fire diver on the scene that there was a Ford van in the middle of the lake, his response was,  “ I know, we put it there for training. This is one of our training lakes”.

Well it is your turn to determine the type of in-service that goes on here!

“HOW YOU TRAIN, IS HOW YOU PERFORM WHEN IT GETS REAL ”